To share your memory on the wall of Ronald Kirby, sign in using one of the following options:

To send flowers to the family or plant a tree in memory of Ronald Kirby, please visit our Heartfelt Sympathies Store.

There are no events scheduled. You can still show your support by sending flowers directly to the family, or planting a memorial tree in memory of Ronald Kirby.
Visit the Heartfelt Sympathies Store

We encourage you to share your most beloved memories of Ronald here, so that the family and other loved ones can always see it. You can upload cherished photographs, or share your favorite stories, and can even comment on those shared by others.

Posted Sep 29, 2019 at 12:00am
To my neighbors, Beverly and Ron, we didn't know Ron had passed. We will be praying for you and your family. He will be missed and I will forever miss him at the BSC Car Show! Larry & Lilli Parker.
Comment Share
Share via:
MH

Posted Sep 10, 2019 at 12:00am
A father may pass on, but his thoughts, hopes and dreams live on in us. You will forever be missed. I love you the most!
Comment Share
Share via:
PD

Posted Sep 10, 2019 at 12:00am
Ron was a great friend and very helpful in several financial decisions. We knew each other from various organizations and community involvement programs in Oxnard,CA. We had many friends in common such as Fred Kosmo, Denyse Maillet, Faye Macdonald, and more.

We lived for a time in the same apartment complex at the Bahia Marina in Oxnard. He was my next door apartment neighbor and we used to share a (maybe more than one) beverage on occasion. He helped me move my stuff...
Comment Share
Share via:
HS

Posted Sep 10, 2019 at 12:00am
I worked with Ron for many years at Ventura County National Bank. His sense of humor and enthusiasm for everything he did were such a blessing and I know he will be missed by all who knew him and enjoyed being in his presence. My deepest condolences to his family and to those who knew and loved him.
Comment Share
Share via: 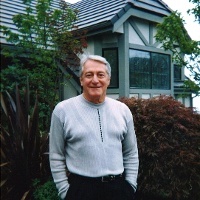