To share your memory on the wall of Robert Henn, sign in using one of the following options:

Bob did not want a Memorial Service. We’d love for you to look at the pictures and to leave a message or a story about Bob if you’d like. The family thanks you in advance for all the well wishes and memories.
Read Less

To send flowers to the family or plant a tree in memory of Robert Henn, please visit our Heartfelt Sympathies Store.

There are no events scheduled. You can still show your support by sending flowers directly to the family, or planting a memorial tree in memory of Robert Henn.
Visit the Heartfelt Sympathies Store

We encourage you to share your most beloved memories of Robert here, so that the family and other loved ones can always see it. You can upload cherished photographs, or share your favorite stories, and can even comment on those shared by others.

Posted Jun 13, 2020 at 12:45am
In honor of my precious "other Dad". He truly loved me unconditionally since I was 8. Will miss him beyond words. Love and peace to all family and friends who cherish him. He joins my beloved sister - friend, Teresa, over the rainbow, and deserves the very best Heaven can provide 🙏💔💫💋

These photos and Somewhere Over the Rainbow are from my Facebook post.
🌈🙏❤️Bob Henn was my "other Dad". He treated me like I mattered (which was unforgettable) since I was a young child. Teresa was my best friend in Long Beach since 4th grade and Teri the boys and Karen took me in after school most days. Thanks to Bob's selflessness, Teri and i actually became closer when she moved to the Valley to join her Dad and big brothers for Junior High. Bob made trips at least monthly in traffic for HOURS just to make sure Teri and I could spend weekends together. He treated me like his own, took me on vacations, fed me, always was kind to me💕.

Bob put in a good word for me when I went to Marymount College, via his Catholic contacts... So when I arrived I was treated like a Saint! He and Teri shared the same (Sagittarius) loves... Treasured their family and always wanted to gather everyone together 💕 He loved telling us of his genealogy, Malibu and Beach Boys stories, of gorgeous Karen's American Indian roots, and he was SO PROUD of his 3 kids, his Dad and brothers. Bob exposed me to the Arts, and the Pageant of the Masters... Taking us many times, during and even long after his brother Rick was heading the Orchestra and writing the score for the performances. 🎶 I recall his CD he made with NUNS for FUN, and we sat in my car studying and enjoying his solos while he'd explain all that was happening if we were to see the performance live👏❣️

Teri couldn't always be there when she wanted to be, and sometimes she missed supporting her Dad during events when he had health scares, so she'd send me to represent her and keep her in the loop. I know it was so hard for her to be without him and her brothers sometimes, but now I have to imagine that the two of them are laughing and singing together🎶❣️

I know Bob loved his grandchildren so much, and he wanted to give everything he could to make life easier for his kids and grandkids. He and I would talk for at least an hour or more, momthly, and he'd come join us for holidays several occasions 😊 I will miss his calls, and his charming character, and his greeting and signed off on every conversation we ever had, "Bridge!!!! It's your 'other Daaaddd... Bobbyyyyeah!... Love you unconditionally and completely, GOODBYE FOR NOW."

And back at you Bob... love you and goodbye for now. My other Dad.

He left me a message that last evening, and I still have his voice... Thank you precious friend 💖
Love Bridget DuKet

PS: So that's where Mike got his talent for making Pink Panther birthday cakes?!! 🎂💕👍 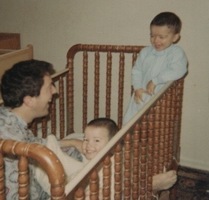 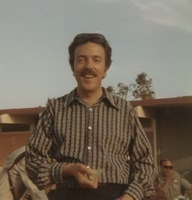 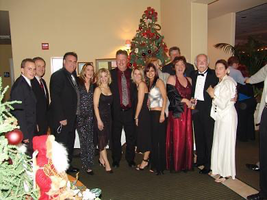 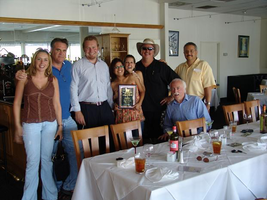