To share your memory on the wall of Jeanne Perez, sign in using one of the following options:

Jeanne Louise Piercy Perez, Chief, USCG (Ret.) age 63 of San Antonio TX, passed away on Saturday June 20, 2020, at her home in Bakersfield CA. She died unexpectedly of cardiovascular disease (not COVID-19). Jeanne graduated from Oliver Wendell Holmes High School in San Antonio TX in 1974. Jeanne served in the US Navy from January 1978 through April 1983 where she achieved the rank of Naval Personnelman First Class and received several awards, including a National Defense Service Medal and a Navy Good Conduct Medal. The US Naval Construction Battalion Unit 416, Alameda CA named her an Honorary Seabee. From April 1983 through July 1997 she served in the US Coast Guard, achieving the rank of Chief Yeoman. She obtained her AA in Business Administration from Regents College of New York. She was an Officer-in-Charge of Coast Guard Recruiting Office San Diego CA from March 1988 to February 1992. Her Coast Guard awards and decorations include two Sailor of the Quarter Awards, two USCG Achievement Medals, four USCG Good Conduct Medals, a Humanitarian Service Medal, USCG Unit Commendation Ribbon, USCG Special Operations Service Ribbon, USCG Recruiting Ribbon, two USCG Meritorious Unit Commendation Ribbons, Department of Transportation Award for Outstanding Achievement and she was named one of the US Navy League’s Military Women of Achievement -1994. Jeanne retired from the Coast Guard in July 1997 completing an active, rewarding and distinguished 20-year military career.

Post her military career Jeanne became a technical recruiter for McDonnell Douglas/Boeing aircraft services. In her words, "I am hiring rocket scientists!" Jeanne left that job and headed to the San Francisco Bay Area, where she worked for a few different recruiting companies as a Senior Technical Recruiter. After the Dotcom crash, the ever-versatile Jeanne attended the California Culinary Academy – (CCA) an affiliate of the Le Cordon Bleu. It was a complete shift in her career path. During her time at the academy, she worked with several prominent chefs, including working at the 2009 President’s Cup in San Francisco, working the tent that served former US Presidents Bill Clinton and George Bush Sr. as well as other local dignitaries. She enjoyed her time with the Culinary Academy, and as life happens, she decided to take some time off from the work world. Being the amazing woman she was, she eventually decided to open her own company, Classy Cleaning Lady LLC, a small female-owned residential and commercial cleaning company. She was invited to a small business conference hosted at the White House, providing the White House staff with small business concerns and needs. During this time, she also volunteered with the Alameda Meals on Wheels proving a needed service to many Alameda CA residents.

Jeanne was an Air Force “brat” and always made the best of growing up around the world. She absolutely loved animals and learned English riding and jumping in England and became a barrel racing “horse loving rodeo girl” in high school back in the US and cared for many, many, dogs and cats throughout her life. She was a car enthusiast at a young age and loved NASCAR racing and owning collectable cars. She had an absolute gregarious, outgoing, vibrant and often flamboyant personality that made an impression on every single person she met. She was a power to be reckoned with and will be missed so very deeply by her family.

While Jeanne had an impressive work career, her proudest accomplishment is her family. Keeping with her far-reaching life, she met her future husband Mark while stationed on the USCG Cutter Hamilton in San Pedro CA. Her two boys are also the love of her life. She then became the mother of an extended family of two more boys and a girl adding more fun and challenges, all met with her love. She was a beautiful, loving and devoted wife.

A small private family gathering to celebrate Jeanne's life will be held on July 25, 2020, at the Perez home in Bakersfield CA.

Instead of flowers, Jeanne suggested donations to be made to the Wounded Warrior Project (WWP) a charity that assists our wounded military veterans, something very close to Jeanne's heart. https://www.woundedwarriorproject.org.

Online condolences may be expressed at https://www.kernriverfamilymortuary.com
Read Less

To send flowers to the family or plant a tree in memory of Jeanne Perez, please visit our Heartfelt Sympathies Store.

There are no events scheduled. You can still show your support by sending flowers directly to the family, or planting a memorial tree in memory of Jeanne Perez.
Visit the Heartfelt Sympathies Store

We encourage you to share your most beloved memories of Jeanne here, so that the family and other loved ones can always see it. You can upload cherished photographs, or share your favorite stories, and can even comment on those shared by others.

I send my deepest condolences to you all. I work with Mark and have never met Jeanne though Mark would always talk about her and the Fur Babies. I read the obituary and I was amazed by all of her accomplishments. She was truly a fascinating and remarkable women. From what I read she did more in her life than most would do in multiple lifetimes. I wish I had the opportunity too meet her.

You are all in my thoughts and prayers during this tough time.

Posted Jul 02, 2020 at 06:22pm
Mark, on behalf of your family here at Sector San Francisco, please accept my deepest condolences for you and your family on the loss of your beloved Jeanne.
CAPT Howard Wright
Comment Share
Share via: 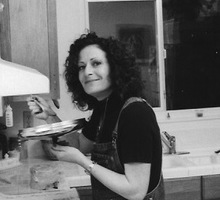 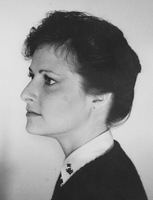