To share your memory on the wall of Hugh Pearson, sign in using one of the following options:

To send flowers to the family or plant a tree in memory of Hugh Pearson, please visit our Heartfelt Sympathies Store.

There are no events scheduled. You can still show your support by sending flowers directly to the family, or planting a memorial tree in memory of Hugh Pearson.
Visit the Heartfelt Sympathies Store

We encourage you to share your most beloved memories of Hugh here, so that the family and other loved ones can always see it. You can upload cherished photographs, or share your favorite stories, and can even comment on those shared by others.

Posted Sep 13, 2019 at 12:00am
You will always be in our hearts and Prayers. Peace be with you And your family Hugh. ? Christie and Steve Homer .
Comment Share
Share via:
JH

Posted Sep 13, 2019 at 12:00am
There were many good times - race track and fabulous BBQ's. Rest in Peace Hugh. Our condolences to the Pearson family.
Comment Share
Share via:
FO

Posted Sep 12, 2019 at 12:00am
Carla and Family
We are so sorry for your loss. Bakersfield is a better place because of Hugh.
Sincerely, Patsy & Woody
Sadler
Bear Valley Springs
Comment Share
Share via: 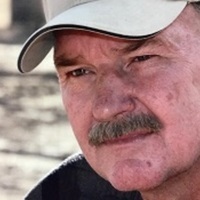